Memorizing Repertoire On the Classical Guitar: Method to the Madness? 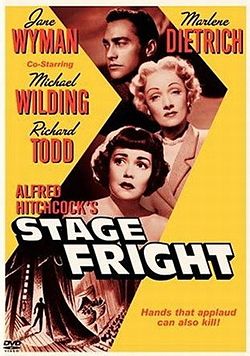 Although many things we do require skill, there’s really nothing in everyday life even remotely like learning, memorizing, and performing a piece of music.

Where else in your daily life do you do all the following:

It involves the coordination of many, many aspects of your being. Not only are you putting in a lot of artistic effort akin to that of artist or a writer or a film-maker.  You are also training your body to internalize all this creative effort, and then recreate it, over and over. Your work is never really done.

I’m not saying this to discourage you from trying, or to make it sound impossible, because it is possible to do really well, and it can be incredibly satisfying. I’m saying this to make you realize that even if you’re not happy with how well you’re able to memorize and learn repertoire, even if you’re making mistakes left and right, what you’re already doing is still freakin’ amazing.

I’m also convinced that the way you deal with mistakes when practicing is a powerful key learning to play well, and that’s why I was attracted to the wonderful book ,“Being Wrong,” by Kathryn Shulz.

In it she reminds us that memory is not a “single function.” deal. Our brain isn’t a recording device or a wax tablet. Memory involves “multiple distinct processes,” depending on what we’re committing to memory.

And the most important thing to realize is this: what we think of as a “memory,” stored somewhere in our brain, is actually REASSEMBLED,  or RECREATED, each time we call it to mind.

My takeaway? Basically, you are creating the music anew each time you play it. And the more parts of yourself that you enlist in the task, the more solid your ability to recreate this will be.

A lot has been said, in fact, about the many different kinds of memory, or musical intelligences, that are woven into a musical performance: tonal intelligence, harmonic intelligence, muscle memory, body awareness, visual memory:

Memorizing and internalizing music on the classical guitar is similar to creating and editing a film—-you’re pulling in a lot of different elements, weaving them together so they line up seamlessly (and miraculously) into a finished product that is hopefully awesome.

And effective films have been intensively edited and spliced so that happens.

When you recreate music on your instrument, you are actually living the music. In order to really kick-ass at this, you need to go through a process as intensive (or more intensive) than editing a film to perfection.

When you memorize music, even if you’re not really creating a bunch of permanent tracks in your mind, it FEELS like you are. It FEELS as though you’re laying down elements of a movie that you want your fingers to flawlessly reel out in the form of notes on the guitar.

The problem is that lot of people “practice” as if that film is already pretty much finished, polished and edited, and all they have to do is play it over and over until it gets imprinted in their minds.

And a lot of teachers will say “tssk tssk” to this: “You’re practicing in mistakes!”

But I say, “You’re not merely practicing in your mistakes. You’re practicing in an unfinished film!” You’re running a very rough draft of your film, full slog, and hoping that it will somehow magically come together into a finished masterpiece if you just do it over and over.

Newsflash: that won’t happen. Practicing is editing. That’s how you grow your piece into something amazing.

There are a lot of ideas for how to practice more effectively that can flow from this one metaphor. Stay tuned, because I’ll be sharing some of them with you very soon.