This is my arrangement of the full finale (the famous part) of the William Tell Overture for solo classical guitar.

To purchase the arrangement using Paypal, Click “Add to Cart” and proceed to checkout. 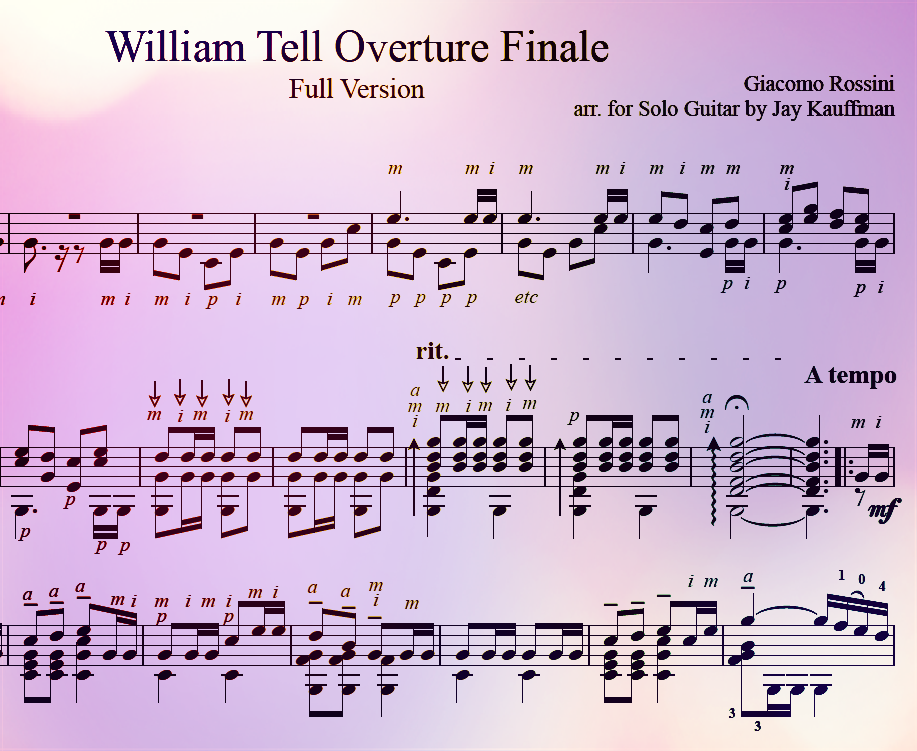 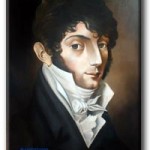 Mauro Giuliani, the accomplished 19th century guitarist-composer wrote a number of “Rossinianes,” virtuosic potpourris into which he threw many of the favorite themes from Rossini’s Operas. 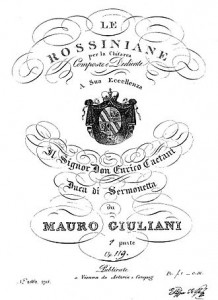 But he never arranged this piece, the most recognizable to modern ears. It’s in the same spirit that I present this arrangement–I like to think that if he had tackled the William Tell Overture, he’d have solved the guitaristic challenges in similar ways. I attempted to be as true to the original orchestral piece in spirit, while translating it into a playable and fireworks-filled tour-de-force for 6 nylon strings.

Even though I’m playing pretty fast here, I’ve never been obsessed with guitar speed or developing it to superhuman levels. I know that the orchestral version of this is usually played even faster, and I leave it to the true guitar speed demons to attempt to match that! Game on.